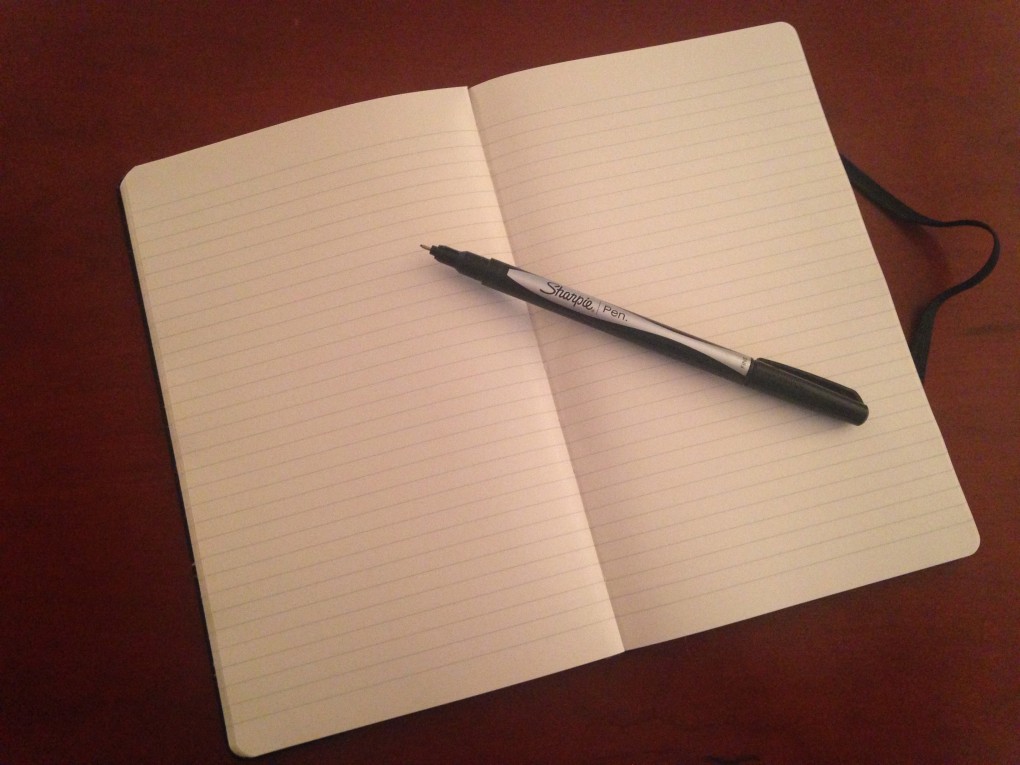 I’m feeling a bit bored. Something I have no right to feel, really. What with the fact that I’ve spent most of the day avoiding the task at hand: Writing.

It’s not a lack of things to say – or topics to expound upon – that has me avoiding this most earnest of endeavors. So what is it then, that prevents me from taking up my pen and moving it across the blank page or, alternately, positioning my fingers above the keys on my laptop and tap, tap, tapping away at an equally blank screen?

I suppose it’s fear. Not that writing – or even depending on it to make my living – is an unknown for me. But I have this dream, and there is a part of me that fears failing to achieve that dream.

Yes, I’m familiar with all of the old adages. How the only way to truly fail is not to try, etc. etc. I’d rather not run through them all, either on this page or in my head. I can recognize the wisdom behind them. Heck, I even buy into it.

But somehow that doesn’t lessen the dread I sometimes feel when it’s time to sit down and get to the work of actually writing.

Don’t get me wrong, I write every day. I fill notebooks. But it’s coalescing these bits and pieces into something meaningful that freezes my heart. Because as long as I’m not thinking about writing, the words flow – smoothly, painlessly and, when I’m really lucky, beautifully.

It’s when I think that things jam up.

Sometimes it’s the critic in my head. Wow, is she a bitch! She delights in playing Negative Nancy to every idea – sometimes every word! – I try to put down. And she doesn’t limit herself to merely critiquing my writing. Oh, no! She likes to weigh in on all of my life decisions.

Her favorite time to chime in is when people ask me what I do, or what I’m doing these days. I barely have time to respond before she adds her two cents.

“A writer? Really! You have the audacity to call yourself a writer, ” she sneers. “That’s rich. I see the garbage you’re scribbling down. Take my advice – get a day job.”

Thankfully, her berating is only for my ears. But I’m sure the intrepid soul who was kind enough to inquire can see the play of confused emotions across my face. (I’ve never been good at poker.)

Sometimes my in-house critic doesn’t need to say a word. She doesn’t have to. Because the second I sit down to write – or even think about sitting down to write – my writer’s ADD kicks in. Now, I’ve never actually been diagnosed with Attention Deficit Disorder. But you wouldn’t know that they way my brain scatters off like a frightened kitten when I come face to face with that blank page.

Anything and everything is a potential distraction. There are the usual suspects – the internet (although sometimes I can justify that as research…), social media, daytime television, etc. And then there are the signs of true desperation. Like the sudden, burning desire to clean out my closet. Or make a vat of chicken soup. Or pluck my eyebrows.

Wow. My eyebrows. They REALLY need some attention. Even everyone’s favorite critic thinks so. I guess she had a good look at them while I was experimenting with some eyeliner a couple of minutes/paragraphs ago.

Which might seem normal, except for the fact that I don’t really wear makeup. And I’m not going anywhere. But somehow, between one word and the next, it was something I just HAD to do. IMMEDIATELY.

So, now I’m just sitting here in front of my computer.

Wearing a shade of purple eyeliner that was obviously a mistake.

Waiting for the words to come.

Something that isn’t even possible if I’m not moving the pen across the page or my fingers across the keyboard.

Which I can’t do if, say, I’m removing the aforementioned eyeliner…

Or flossing, which is what I did to distract myself from the ghastly shade of purple I’ve now managed to smear across my face.

But despite these many, many distractions and that incredibly vocal critic, I have to keep pressing forward. Not because of any impending deadline, per se. But, well, remember that boredom we were talking about?

Well, it isn’t really boredom. No, it’s words – an inkling of an idea, a fragment of dialogue, the tender young threads of a story. They’re just under the surface, nudging against my conscious mind. Like an itch waiting to be scratched.

And there is only one thing to do about it.

I have to sit down, make my peace with that blank page, ignore the nagging voice of my inner critic, forget about eyeliner and oral hygiene, get the heck out of my own way…

6 thoughts on “The Curse of the Blank Page: A tale of writing, self-doubt and purple eyeliner”