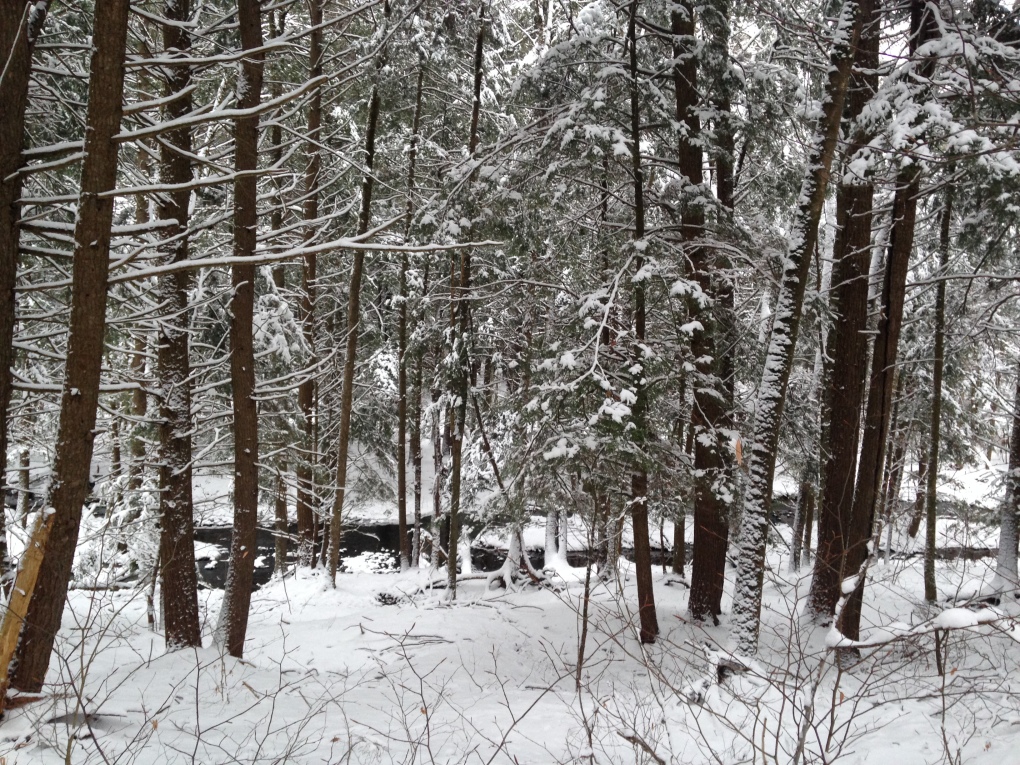 A beautiful walk in my winter wonderland. (In case you were wondering, at the time this picture was taken it was 82 degrees in Puerto Plata. Just saying’…)

Not everyone has a nun in the family, but I do. My extended family affectionately calls her Aunt Sister due to the fact that she is (a) my aunt and (b) a sister – as in Franciscan Sister of Allegheny. But to me, she’s Aunt Kathleen.

A native New Yorker like the rest of the family, Aunt Kathleen has been stationed in St. Petersburg, Florida for the last thirty years or so. Where the tropical climate has thinned her blood to the point where any drop in temperature below eighty necessitates multiple layers of flannel and fleece.

Her semi-annual visits to the Stagnaro homestead always took place in the warmest months of the year. And who could blame her. Of course, here in Central New York it’s not uncommon for the temps to dip down to the 50’s (or lower) even in the middle of summer. As a result, when we were complaining about the heat wave, she’d be bundling up in all available layers. Then adding a blanket or two to for extra warmth.

Having grown up in Central New York, I found this hilarious. And I often poked fun at my dear Aunt for being ‘soft.’ After all, when you’re from the Frigid North, you don’t think it’s truly cold until it’s at least 20 below zero. (Fahrenheit.)

Now, of course, I regret that supercilious behavior. Especially since it’s come back to bite me in the buttinski.

A buttinski that is currently FREEZING, I might add.

Because as we all know, Karma is a bitch.

Of course, it’s my own fault. No one forced me to return to the Frigid North during one of the coldest months of the year – after spending most of 2014 in the Caribbean. I came up with that brilliant idea all on my own.

Who wouldn’t brave freezing temperatures to spend Christmas with this lovely lady?

When I told my friends in the Dominican Republic that I was heading north for three weeks to spend the Christmas holiday with Mumsy, they laughed. Then they laughed some more. When they finally came up for air, they suggested I reschedule my trip to late August.

They meant well, I knew. And I’d be lying if I said I didn’t consider it for thirty seconds or so. But I already had my heart set on spending Christmas with Mumsy, not to mention her birthday which is on the 21st. I wasn’t about to let a little personal discomfort get in the way of that. Besides, I was FROM the Frigid North after all. It would take more than barely freezing temperatures to get me down.

If I had listened closely, I might have heard Karma laughing.

I started questioning my decision shortly after landing at JFK. My connection to Syracuse was delayed. And then delayed again. To make it worse, there was a draft by the gate that had my teeth chattering and I felt woefully underdressed for December in my jeans and light sweater.

I was distracted from the siren’s call of the overpriced I LOVE NEW YORK sweatshirts in the gate-side gift shop by a group of middle-aged tourists who sat next to me.

They were wearing shorts.

That’s when I realized it wasn’t quite as cold as I thought. Not the low teen’s as I had imagined, but rather a mild 45 degrees. Which didn’t bode well for the rest of my trip.

The weather channel was going on and on about Winter Storm Damon, the Nor’easter bearing down on the East Coast and I was convinced I was going to get stranded either at JFK or at the Syracuse airport. But the Travel Gods were smiling on me, and I guess they trump Karma once in awhile. Because at 11 p.m., only an hour and a half after I was originally supposed to arrive, my friend Mo was picking me up at the curb in Syracuse.

Mo is pretty awesome. Not only did she brave the freezing rain to come get me, but she also had the foresight to bring a warm coat, crank up the heat in her car AND turn on the seat warmer in the advance of my arrival.

Due to the late hour, we headed back to her place in Mexico. (Which, for those of you unfamiliar with New York State, is on Lake Ontario. And therefore, slightly colder than its namesake waaaaay to the south.) Bless her heart, she even had the heated mattress pad pre-heating in her guest room.

The plan was that she’d take me home in the morning, but Karma – under the guise of Winter Storm Damon – hit over night.

By mid-morning, a sizeable stretch of I-81 was closed. Once I heard that, I knew I didn’t have a chance of getting home that day. So, despite the fact that there was only about six inches on the ground outside of Mo’s cozy little cottage on the Little Salmon River, we resigned ourselves to being snowed in.

This is how Central New York says “Welcome Home.” Did I mention it was 82 in Puerto Plata that day?

Which wasn’t exactly a hardship. At least not for me. I can’t vouch for Mo, who had to play hostess for an extra day. And what a hostess she was! When the subject of food came up, there was no scrabbling to throw together a meal from canned goods. Mo simply dug into her freezer and the next thing I knew we were dining on bacon-wrapped filet and Cajun shrimp, paired with excellent red wine. With cheesecake for dessert.

I woke the next day to find snow still falling, but I-81 had been reopened so it was time to go home. Thanks to my little sojourn at Mo’s – and the storm – I was ready. After all, the frigid temperatures and cold wind are a lot easier to take when the world looks like someone has given a snow globe a good shake.

And when I finally walked in the door Thursday afternoon – roughly 48 hours after leaving the Dominican Republic — the warmth of my mother’s greeting made it all worth it.

The early Christmas present she had waiting for me didn’t hurt either: a heated mattress pad of my very own.

As I type this, it’s about 50 degrees colder outside than I’ve become accustomed to. But that’s okay. Because the world outside my frost-covered window looks like a winter wonderland and my mother’s jazzy holiday music is floating up the stairs.

I’m taking it in from where I sit, on my bed, tapping away on my laptop – all bundled up in one of my favorite Champion sweatshirts (circa 1995) with slipper socks on my feet and a fleece throw tucked in around me. And the heated mattress pad cranked up to its highest setting.

Do you think that maybe, just maybe, I can talk Mumsy into a Caribbean Christmas next year? 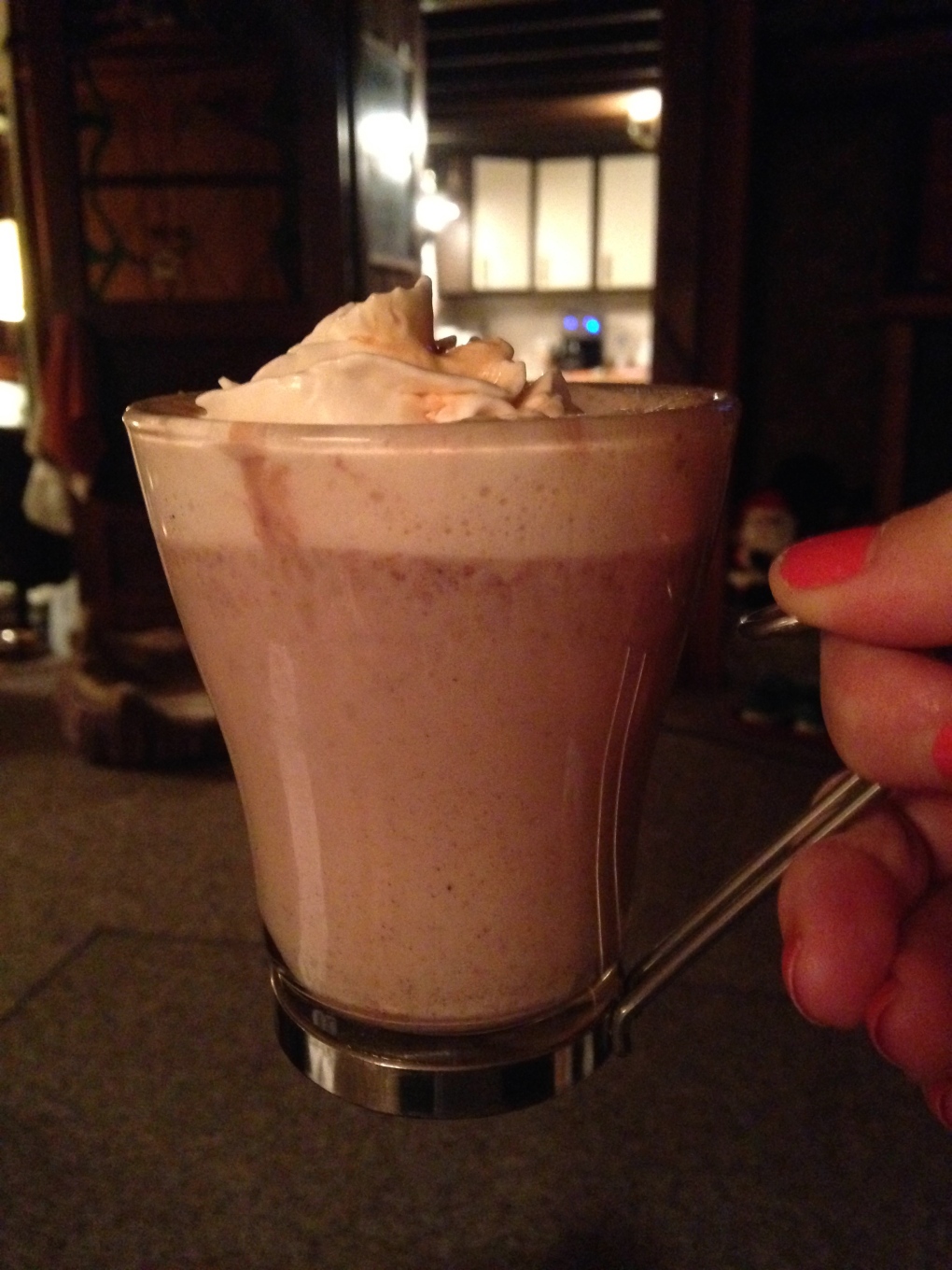 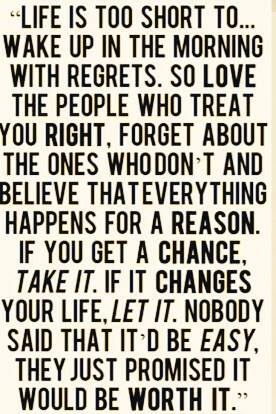