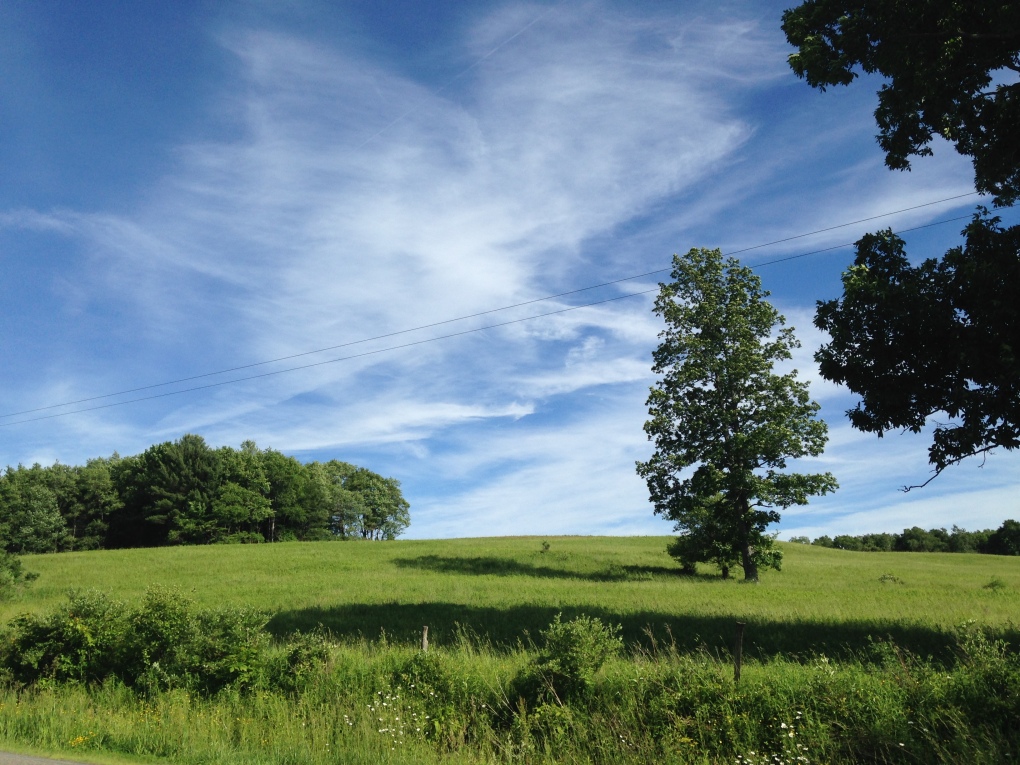 In August, when I pitched the Project Chenango series to The Evening Sun’s publisher Dick Snyder, I was more than a little nervous. I remember sitting home, waiting for his final decision with no small amount of trepidation. I wasn’t so much nervous that he’d turn down my proposal, but rather if I could deliver the series as promised.

Endeavoring to tackle a community’s biggest issues and challenges in 10 installments is no small task. Nor is doing so in a way that is at once raw and honest, as well as compassionate. Add in a couple of thousand miles (and an ocean) between you and your source material and…well, you get the picture.

So, yes. When I got the green light, a small frisson of fear ran through me. But that was nothing compared to the exhilaration. I love a good challenge. And here was a way to give back to the community I loved. Because for all its grit, I felt it had the potential to be a catalyst for positive change.

What I didn’t anticipate was how it would change me, and my perspective.

Throughout the course of the series – which grew from the 10 installments I initially proposed to 14 in-depth pieces thanks to The Evening Sun’s Managing Editor Ashley Babbitt – my eyes were truly opened once more to our community’s many challenges. Here I was seeking out first hand accounts of the substance abuse issues, the poverty, the economic issues, the housing crisis, the aging infrastructure and more. It was heavy stuff. But at every turn, I was also reminded of the strength and resiliency of the people who call Chenango home.

Feedback started pouring in before the ink had even dried on the first installment. I’d be lying if I said it didn’t do my needy little ego good to hear that people were happy to see my byline again, even on a temporary basis. But it was so much more than that. I was excited by how eager people were to learn more about the realities our county and its residents face. And I was deeply touched by their compassion, particularly following the second installment.

Even though the working mother of three whose story I shared in Chenango’s Working Poor wasn’t identified by her real name, I was still nervous that she’d be criticized or abused. Particularly in The Evening Sun’s online 30 Seconds forum. But I needn’t have worried. Her story was met with compassion and support on all fronts. I didn’t see one negative comment.

And what’s more, word trickled back to me some weeks later that the piece had prompted new dialog about the topic of the working poor. That was welcome news, since that same week I also learned that “Diane” had lost her food stamps because her most recent raise put her around $20 over the threshold. It wasn’t lost on me that, while the state deemed it enough to disqualify her from the benefit program, it wasn’t nearly enough to buy groceries for her family.

I feel so privileged that “Diane” trusted me with her story, as did so many others during the course of the series – people who both live Chenango’s challenges every day, and those who are dedicated to doing something about those issues. I hope those stories helped open the eyes – and hearts – of readers as much as they did mine.

Going into the series, I felt I had a good handle on Chenango’s challenges. But it didn’t take me long to realize that much had changed since I last covered a beat for Chenango’s hometown daily. It took me about 5 minutes into my first phone interview, in fact.

The voice on the other end of the phone was District Attorney Joseph McBride. A knot built in the pit of my stomach as we discussed Chenango’s Drug Problem. It was a knot that got bigger as I spoke in turn to Norwich Police Investigator Mike Purdy, Jim Everard of Chenango’s Drug Treatment Court, and finally to Donna Wood-Craig, who has made it a personal mission to bring the drug problem to light in the community.

Heroin had just begun to rear its ugly head in Norwich during my days as a staff writer. I remember the first overdose, and how it snapped us all to attention. Now, less than five years later, it has become an all-pervasive issue across Chenango, and much of the Northeast. I’ve lost count of how many overdoses I’ve heard of over the last few months alone.

One of the things that sticks in my mind the most was a conversation I had with Chenango’s Public Health Director Marcas Flindt the morning the piece came out. We had been unable to connect prior to my deadline, so I wasn’t able to include the shocking statistics he shared with me about the sharp increase in new Hepatitis C cases in our county. Historically, Chenango recorded less than 10 new cases of Hepatitis C in a given year, he told me. Now, that number has skyrocketed to the triple digits.

A week later, an acquaintance ranted on social media about how drug users can get fresh needles at a pharmacy without showing ID, while she had to show hers to buy a decongestant. How quickly we have forgotten another epidemic spread by dirty needles.

The public health crisis posed by heroin use is only aspect of this issue. There are many more – from the nature of addiction itself, to the heroin epidemic’s roots in the pharmaceutical industry and the way in which opiate painkillers were overprescribed and the wave of Suboxone abuse that is following in its wake. There are lives, families and, little by little, entire communities being destroyed.

But all is not lost. Not yet, anyway. Because there are people who care; people who are working to affect positive change. And as I mentioned earlier, Donna Wood-Craig is one of them.

When I spoke with her in August, Donna mentioned a project she was working on with a young woman who is a recovering addict. Their goal, she told me then, was to help open the eyes of the community to the extent of the drug problem in Chenango County.

The result of their efforts is a Community Forum to take place from 6:30 to 8:30 tomorrow night (Tuesday, December 1, 2015) at Guernsey Library in Norwich.

The event, sponsored by Opportunities for Chenango, will feature a panel of experts to include recovering addicts, family members, addiction & rehab specialists and members of law enforcement.

If you want to learn more about this problem with poses such a threat to our community, if you want to be part of the positive change needed to turn the situation around…GO.

Because if there’s one thing I learned from researching and writing the Project Chenango series, it’s that Chenango may have more than its fair of problems…But it’s still HOME.

Introduction: What Does the Future Hold for Chenango County?

One thought on “A Project Chenango Redux: Chenango’s Drug Problem and more”